In this article, we’ll describe how ApexSQL Audit, a tool for auditing SQL Server instances, can be used to investigate failed SQL Server logins and what its advantages over native tools are.

ApexSQL Audit is SQL Server auditing and compliance tool that provides a wide range of possibilities for auditing access, changes, and security on SQL Server instances, databases, and objects. It can audit executed queries, warnings encountered on tables, stored procedures, functions, and views. All audited information is saved in a centralized auditing repository, and provided for reporting and analysis via centralized web-based reporting module.

Besides showing the reports in a web browser, you can export them into several common formats, such as PDF, Word or Excel.

ApexSQL Audit can recognize, capture, and parse (in order to add additional value to captured information) more than 230 SQL Server operations. It provides many built-in common reports divided into several groups, and a custom report designer. Failed logins are reported in the Unauthorized access report. 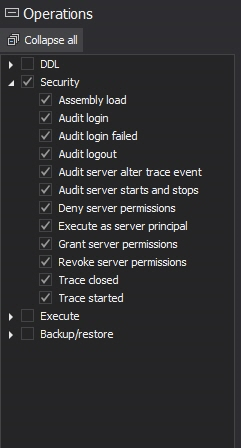 For auditing of failed SQL Server logins, we’ll focus on the Unauthorized access report in the Security reports group 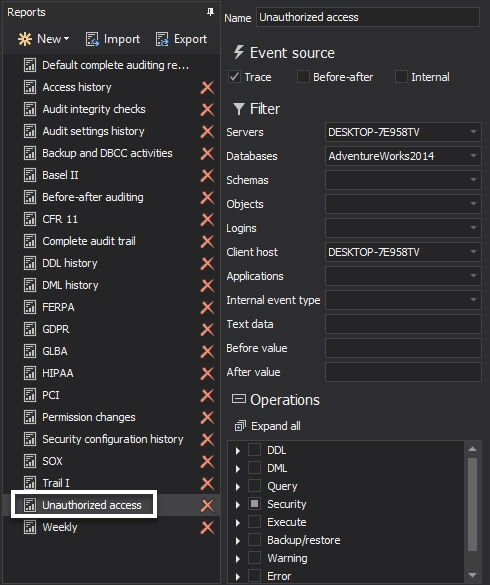 In order to narrow down the records shown, the following parameters can be used:

In addition, ApexSQL Audit adds value to the auditing process with:

This article is part of a series