Every DBA and developer strives to be in control of SQL Servers, databases and data. But, sometimes the situation can get out of control and unusual things start happening.

For example, you have noticed that a value from a specific table column in your database has been disappearing. You’ve checked your code as much as possible and didn’t find anything that deletes the column value, the users say they are not deleting it, you’ve checked the permissions on this table/column and found that no unauthorized deletes were allowed. But something is obviously wrong.

ApexSQL Trigger is an auditing tool for SQL Server databases, which captures the data and schema changes that have occurred on the database, including the information on who made the change, when, which objects were affected by it, as well as the information on the SQL login, application and host used to make the change. It stores all captured information in a central repository and exports it in print friendly formats.

To audit your SQL Server database and see who is deleting the data, when and using which application and computer:

You’ll be notified that the triggers were successfully created: 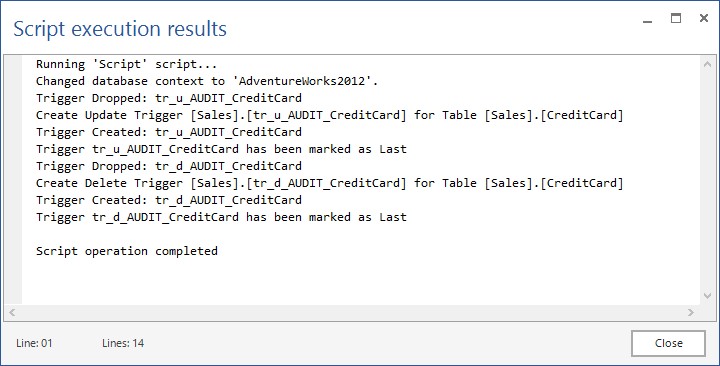 The CreditCard table will be marked as Audited in the Main grid: 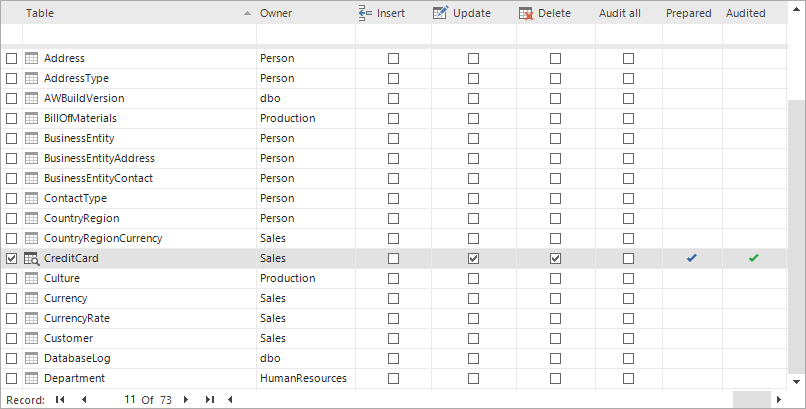 Then ApexSQL Trigger was started and a standard report was generated, filtered by the CreditCard table to narrow down the results. The results showed: the user names, machines and applications used, the time the records were changed, and both the old and the new values:

Auditing a database and tracking database changes doesn’t have to be a time-consuming task of monitoring and waiting for the incident to occur. Just open the ApexSQL Trigger standard report and see when, how and who has been tampering with your data.