As described in the article Understanding SQL Server database static data and how it fits into Database lifecycle management, the reasons for version controlling static data were reviewed.

Static data can be linked and committed to source control using various tools and approaches. The goal for this article is to cover deploying database static data from SQL source control to database using ApexSQL Build.

In this article, deploying of database static data from SQL source control and how to use it to update a database will be descried.

For the purpose of deploying database static data from SQL source control and updating a database, a 3rd party tool ApexSQL Build will be used. This is a tool for building a new SQL database using various inputs as a source, such as SQL script file or a folder with multiple SQL scripts. In addition to this, ApexSQL Build can connect to a source control repository and pull SQL database schema as well as any static data that is previously linked. Besides building a new database, ApexSQL Build can update an existing SQL database, consolidate scripts, and create C# solution or executable installer.

For the purpose of this article, a Mercurial repository hosted on Bitbucket will be used, assuming that a SQL database schema is already pushed to source control, as well as data from tables that are classified as static data. An overview of the repository is as follows: 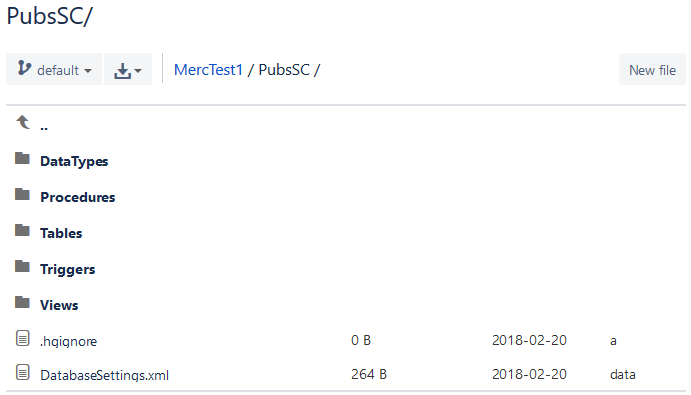 By checking the Tables folder, confirm that the Static data folder exists: 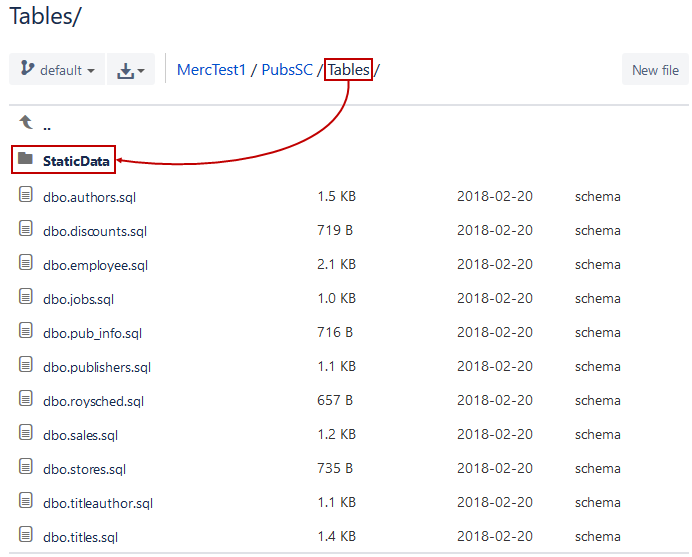 By checking the content of the Static data folder, confirm that the static data is properly committed to the repository, and that it can be pulled and applied against a database: 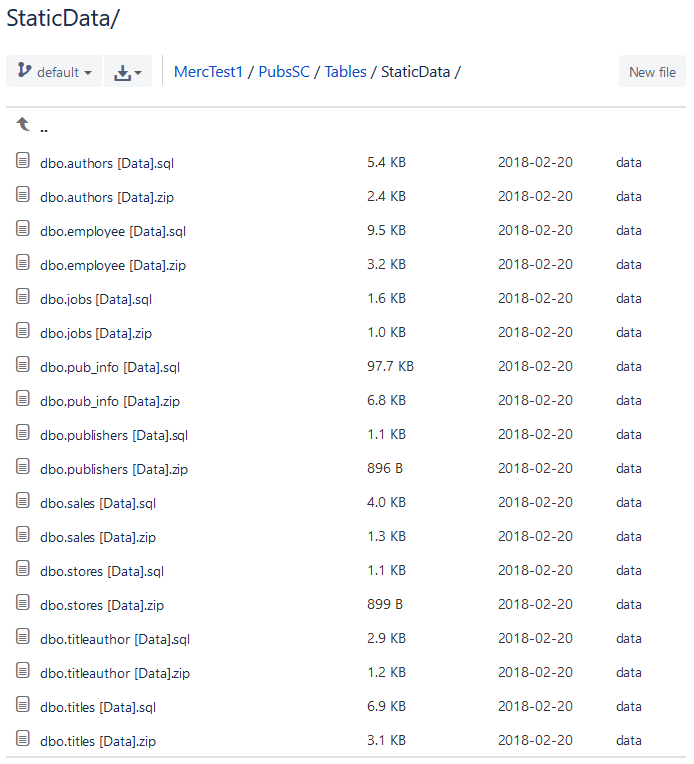 Using the above described steps, deploying database static data from SQL source control can be performed and static data applied against a database.

When the script is ready, save it as PullStaticData.ps1.

In the PullStaticData.ps1 script, the previously saved project file contains encrypted credentials for the Mercurial repository and for SQL Server login credentials.

Once the PowerShell script is executed, it will return code at the end of the output file:

For a full list of common return codes including a description for each one, check the Common return error code section part of the General usage and common CLI switches article.