ApexSQL Search is a SQL Server Management Studio and Visual Studio add-in that, among other features, provides object a database dependency diagram.

The View Dependencies feature has the ability to visualize all SQL database objects’ relationships, including those between encrypted and system objects, SQL server 2012 specific objects, and objects stored in databases encrypted with Transparent Data Encryption (TDE). Let’s take a closer look at this feature. 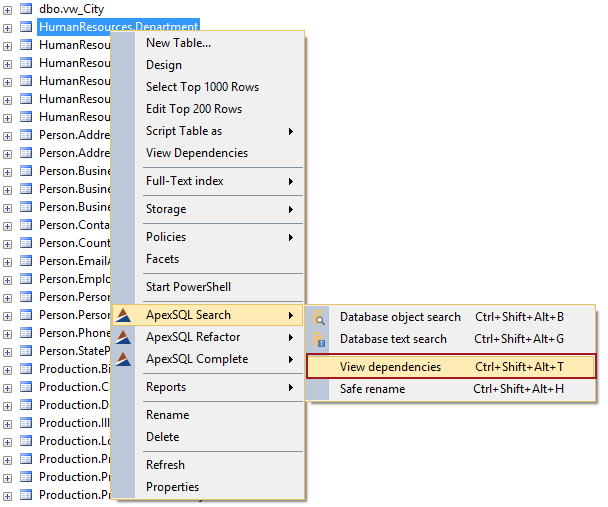 Circular – Objects will be shown in a circle around the object they are related to. This option is useful when you need to identify cross-referencing objects. All cross-references are immediately visible in this mode: 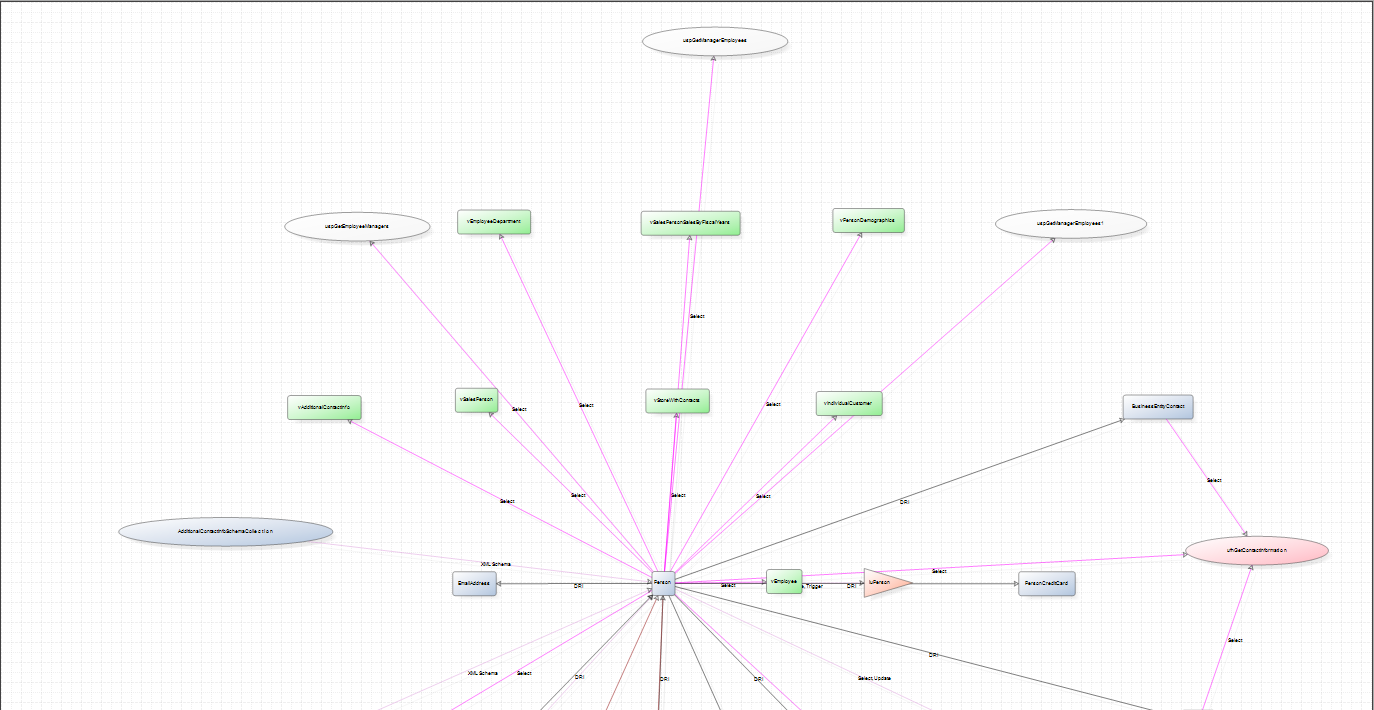 Hierarchical – Organizes objects based on the generation, so that parents are at the top and descendants at the bottom of the diagram; all objects from the same generation are in the same horizontal row. This display type helps you to quickly find out if it’s safe to delete an object (i.e. that no other object depends on it)

Orthogonal – This option attempts to organize objects in the diagrams so that they are at right angles to each other. It is useful for quick identification of all objects related to a given object (i.e. both those that depend on it and those it depends on)

Parents and descendants – Diagrams will show all dependencies for the specified object, including parents, children, and descendants. You’re able to see the complete dependency chain: