The Replace one-to-many relationship command is located under the ApexSQL -> ApexSQL Refactor, under the Other refactors sub-menu integrated in SQL Server Management Studio and Visual Studio:

After that, the Replace one-to-many relationship window will be displayed: 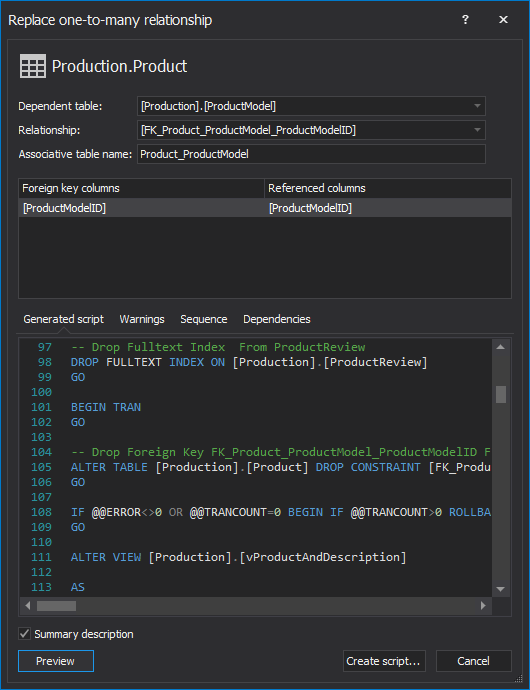 In this window the dependent table, the relationship and a foreign key reflecting the one-to-many relationship that will be replaced, and the name for the associative table need to be specified.

The Preview option will show the SQL script to be executed; it will be displayed under the Generated script tab: 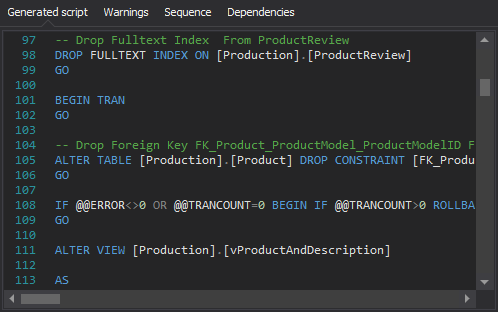 The Warnings tab displays potential problems that can occur when using the Replacing one-to-many relationship refactor:

The Sequence tab contains summarized operations and their execution order. The execution sequence is generated in the specific manner that prevents dependency problems: 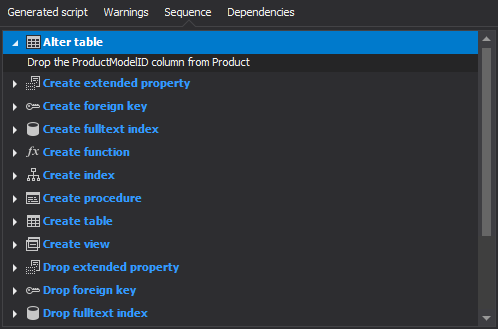 Select the Dependencies tab to preview dependent objects, which will be updated automatically to reflect the change: 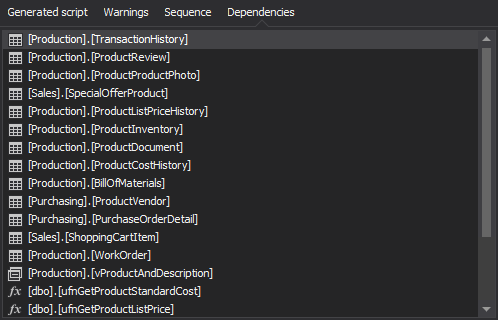