If there are enough resources in the environment, there would be at least one testing and one production SQL Server instance. However, that introduces another challenge. When everything is set up in the test, and runs smoothly and as expected, how can it easily be applied to the production instance?

Synchronizing several objects can be done manually, but applying multiple, complex changes to a live, high transaction database is something that can start an avalanche of problems, if not properly tested and executed.

What to do if wrong changes were applied to the production database, or if something had gone wrong and ended up with the messed-up production database and the incorrect object schemas in the test database. How to compare SQL schemas, and more importantly, how to safely synchronize them?

To compare and synchronize in any of the scenarios describes above, here is what can be done: 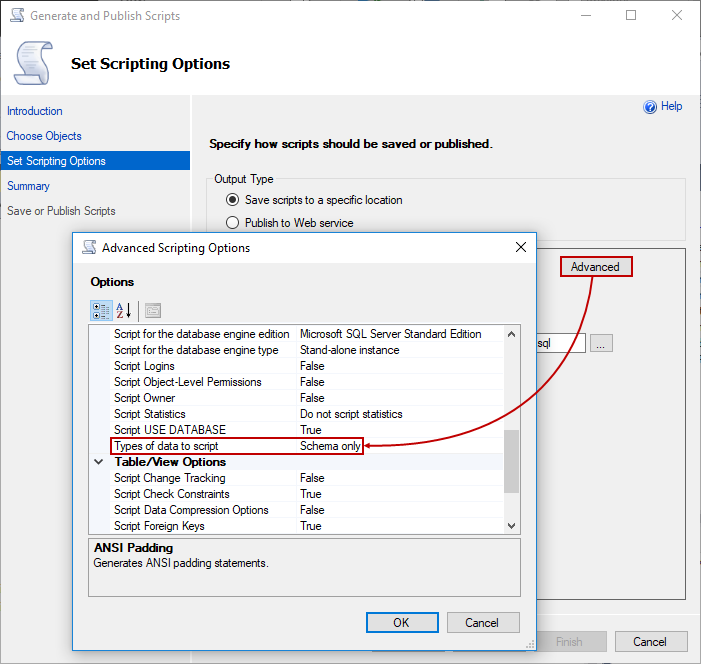 Besides the described disadvantages, the manual synchronization method is not recommended as it:

Instead of synchronizing databases manually and risk making a mess on the production instance, use SQL database compare tool ApexSQL Diff.

ApexSQL Diff is a SQL Server database comparison and synchronization tool which detects differences between database objects and resolves them without errors. It generates comprehensive reports on the found differences and can automate the synchronization process between live databases, backups, snapshots, script folders and source control projects.

Follow these steps to set up the automation for the schema synchronization process: 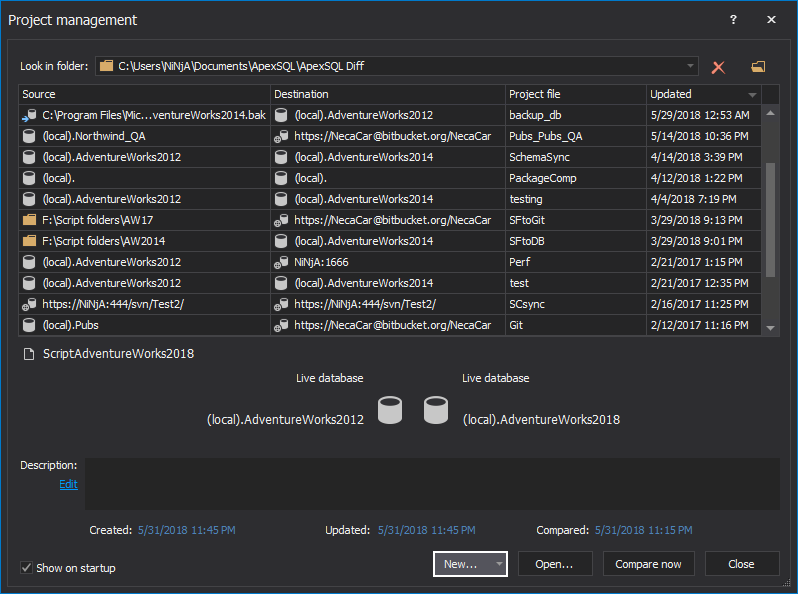 Since the first synchronization was successful and the project file was created, the automation of process can be done by creating a PowerShell script.

In this example, we used SQL Server authentication and the login password is encrypted in the saved project file. Learn more about ways of handling login credentials.

Next, the command that will call ApexSQL Diff and execute its parameters, is provided:

Additionally, the “no differences detected” return code can be utilized in this PowerShell script, so that before each schema synchronization, comparison will be initiated and if there are no schema changes, the job will go back to sleep.

Once the PowerShell script is created and saved, it can be easily scheduled in one of the several ways. Learn more about ways of scheduling ApexSQL tools.

There is no need to worry about database synchronization any more. ApexSQL Diff will compare all database objects, check for dependencies and script them along with the objects, make sure the scripts are executed in the correct order, and create a full database backup before the synchronization. All this can be scheduled to run unattended.