In the Understanding SQL Server database static data and how it fits into Database lifecycle management, we covered topics from the basics (what is the static data, why it is used), followed by the explanation of how to version control the static data, meaning how to initially commit, how to track changes and how to apply static data from SQL source control to a database.

In this article, we will explain how to use the static data that is already committed to the repository and apply it against a database, no matter if it already contains some data or it is an empty database. 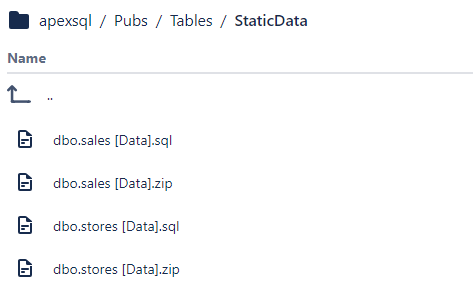 What we need to do is to take these tables (specifically static data from these tables) from the repository and update a database called pubsLatest, that is hosted in another environment.

To get static data committed to the repository and update a database, take the steps below after ApexSQL Data Diff is started:

In the New project window, that will be initiated on the application startup, pick the Source control option, and use the Setup button to set the source control configuration: 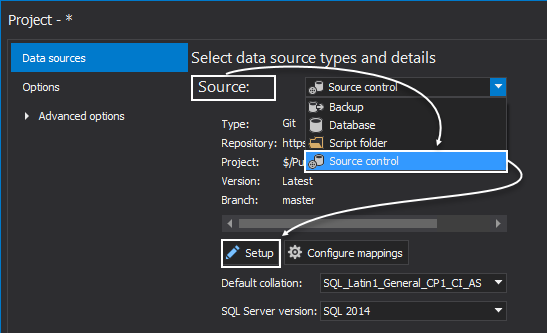 We will pick Git as a source control system, under the Connection type step of the wizard: 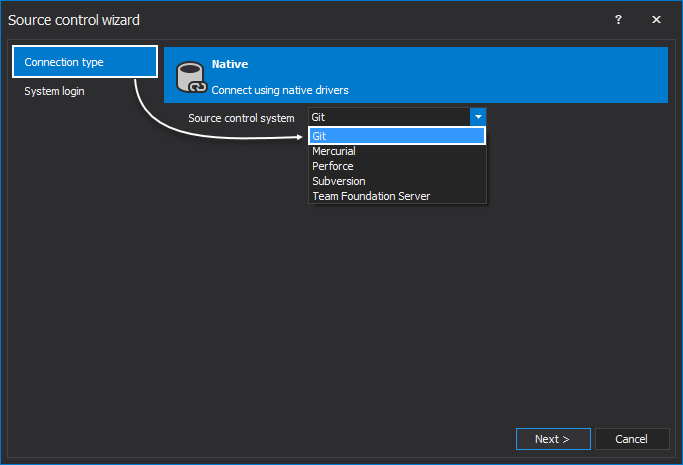 In the System login step, we need to provide all the necessary information for the tool to access the repository. Besides the username, password and a repository URL, the user can browse through the repository for the specific folder where a database is linked:

When the source and the destination side are set, we will click the Compare button, to compare the source control with selected database: 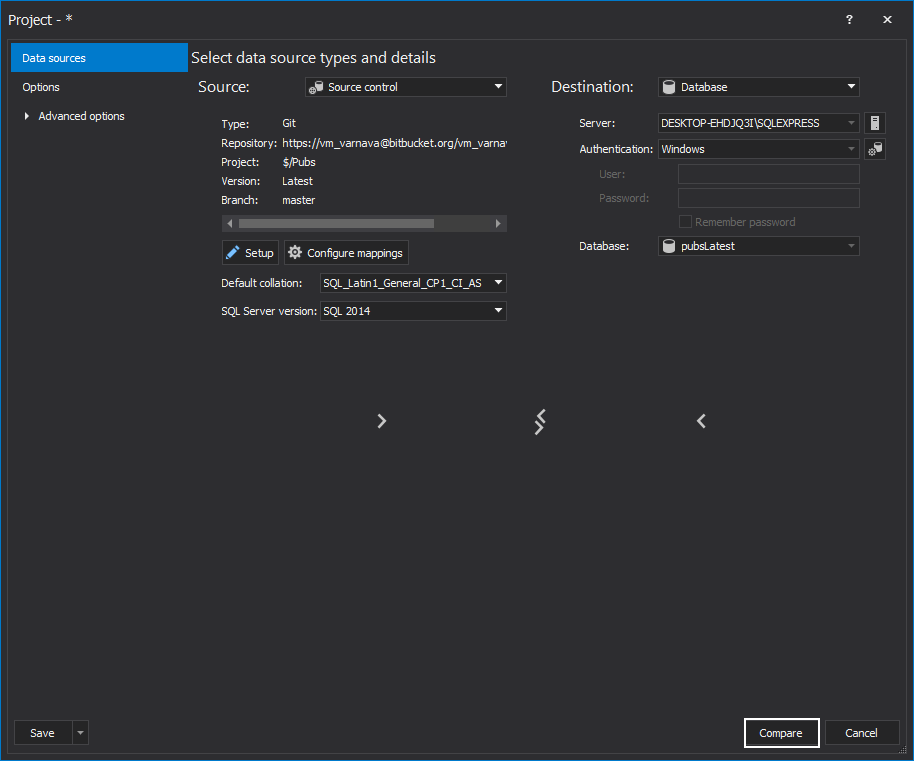 After the comparison is finished, we’ll be presented with the results in the results grid: 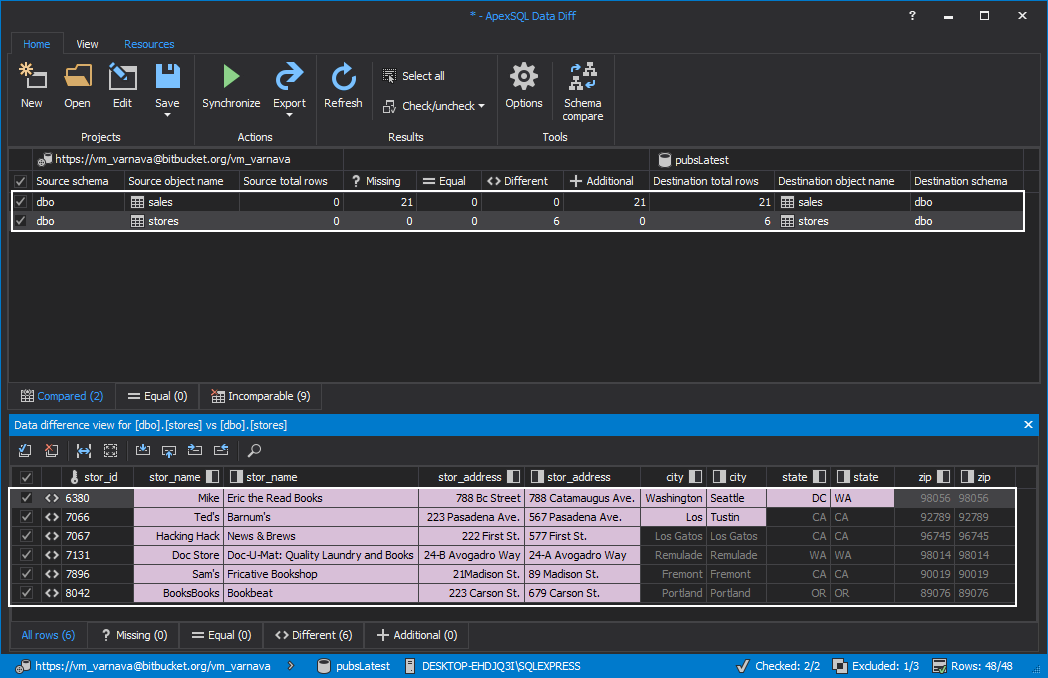 For the purpose of this article, we will treat different tables as the ones that contain static data, and as such we want to apply all the data to the pubsLatest database

At this point, and for the purpose of automating the process, we will save all the previous settings, including the table selection and all the rows that are selected to be synchronized. All the mentioned will be saved in the ApexSQL Data Diff project file using the Save as option from the Projects group under the Home tab: 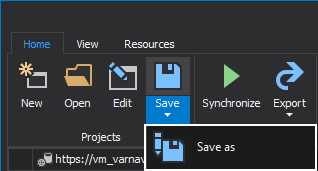 The project file will be saved as ApplyStaticData_pubsLatest.axdd, and used later in the automation process

To finish the process manually, we will use the Synchronize button, in the Home group, under the Actions tab: 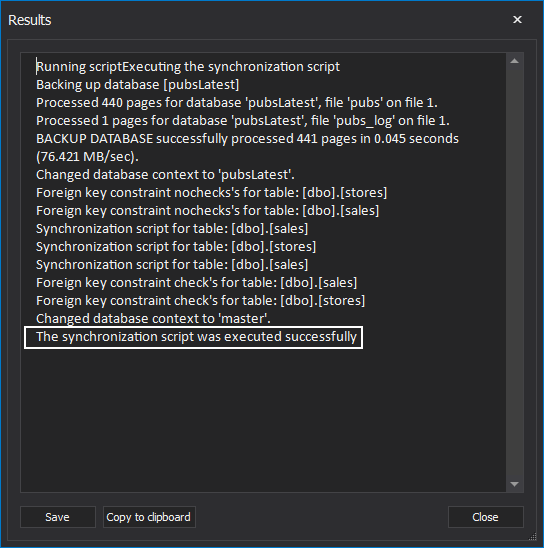 By checking the pubsLatest database, specifically one of the tables that should contain the static data, we can make sure that the synchronization was completed successfully: 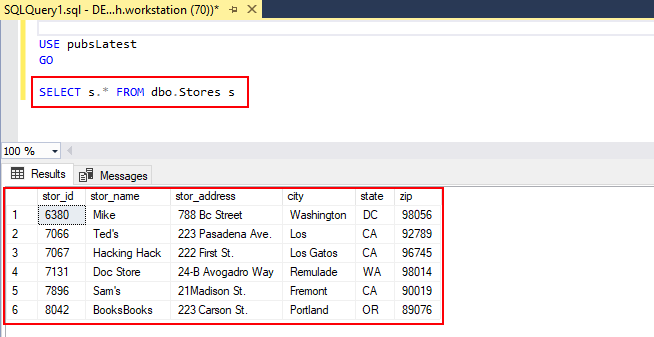 By using the workflow described in the above steps, the user can apply static data from SQL source control to a database

To automate the process, we will create a simple PowerShell script which includes the application command, (specifically, a command to process the previously saved project file) followed by the appropriate arguments to make sure the synchronization will be performed. At the end, the script gives the synchronization summary including the exit code, so the user can easily determine if the process finished successfully or not. All the output will be written in the .txt file with a date stamp in its name:

We will save the script as ApplyStaticData_pubsLatest.ps1

The project file we have saved previously, and that is used in the PowerShell script contains encrypted passwords used to contact to Git repository, and for connecting to the destination SQL Server instance.

For alternatives to handling such credentials, see the article 4 ways of handling database/login credentials during the automated execution via the CLI.

When the script execution is finished, no matter if the execution is automated (scheduled) or it is manually executed, the result is as follows:

The value of the return code means that the process finished successfully.

For the complete list of return codes followed by the explanation, explore the Common return error codes section in the article General usage and the common CLI switches for ApexSQL tools