The main focus of this article is SQL Server Agent service status, whether it is running, or it stopped, which can be determined by using various techniques.

There are several ways to determine SQL Server Agent status, manually or programmatically:

If the service is stopped (like the first one on the picture above), that information is visible by double-click on the particular service, in Properties dialog:

If service is stopped, the icon will appear like this (in SSMS 2016 version):

The result of query will be one of the messages stated in query, whether SQL Server Agent service is running or not.

This PowerShell script reads all services that have strings „SQL“ and „AGENT“ in their titles and list them with their statuses, but, if the exact name of the service is known, use this script:

To log the status, one way is to create a job within SQL Server Agent, which will include a specified PowerShell script and generate a Text file with information on the service's status every time when service starts or restarts. 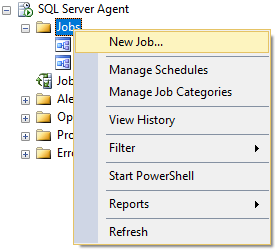 In the General tab, input name of the job (in this case SQL Agent status change log), set the owner (user with Administrator role), set Category to „Data Collector“, and optionally, provide a job description, as in picture below. 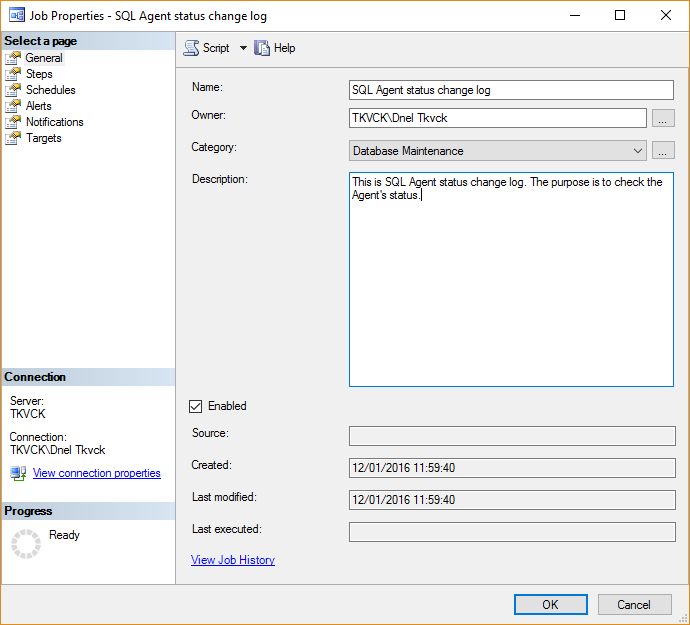 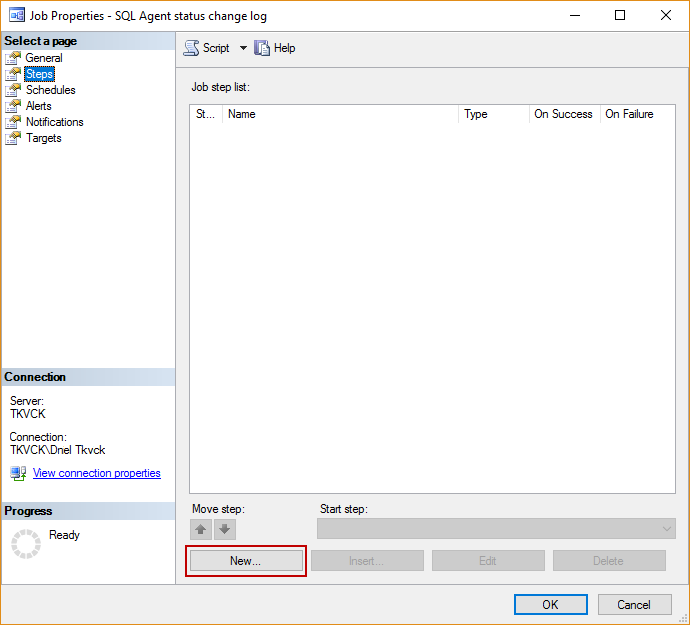 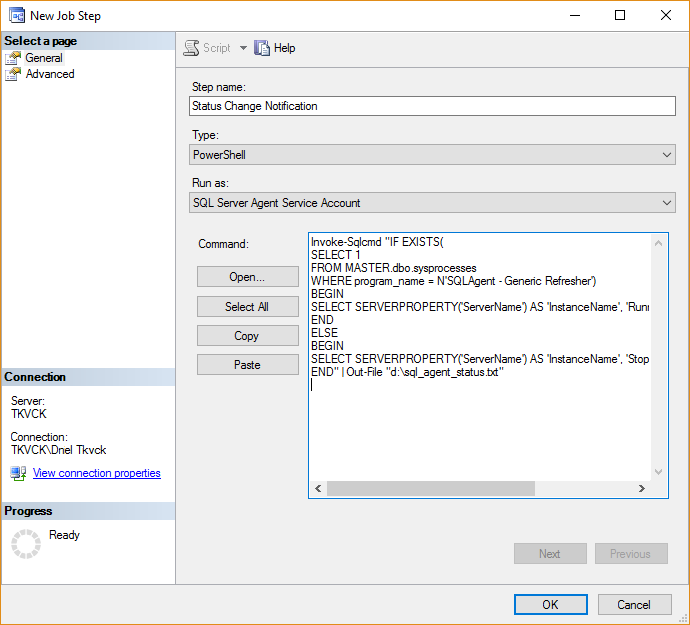 Included PowerShell script will retrieve instance name and status of related SQL Server Agent service, with exporting the results in Text file (which path can be modified according to needs).

In the Advanced tab (Job Step Properties dialog), set these options like in picture below:

The created step will appear in the dialog further, and declared as a starting one: 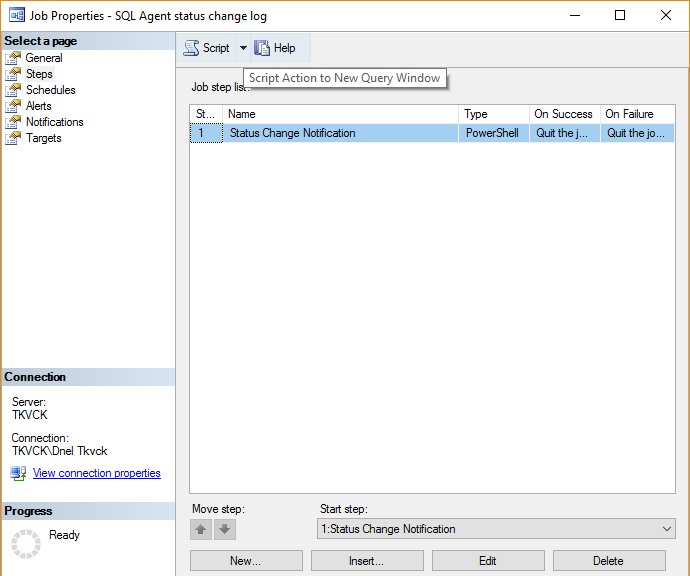 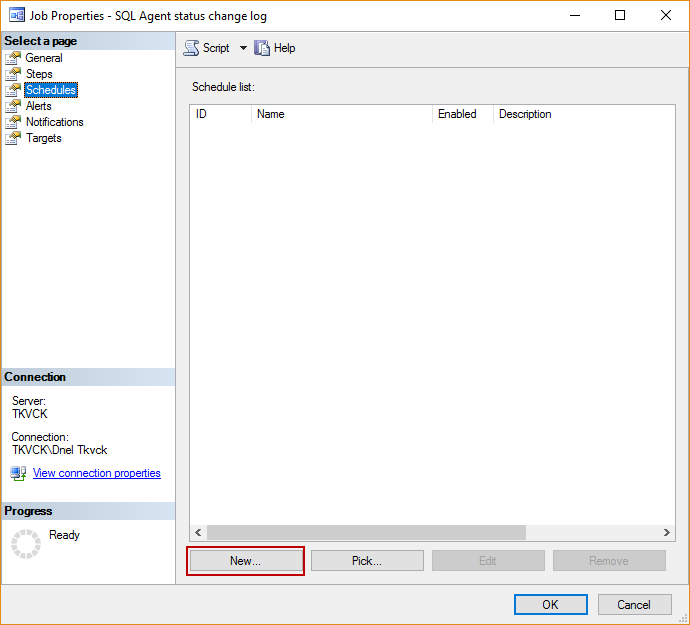 In the following dialog, set the Schedule type option like in picture below:

This particularly means that the job will execute every time SQL Server Agent service starts (on boot, if restarts or stopped and started again, e.g.). Also, the schedule will display in the dialog:

After creation, the new job will appear in the Jobs list: 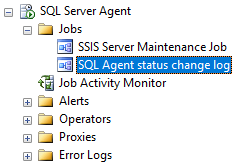 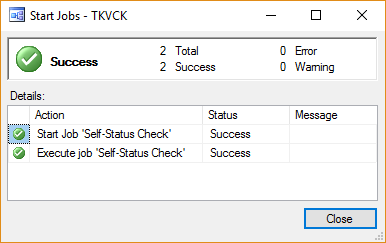 In this case, generated Text file should appear on the specified path, containing the information on service’s status. Otherwise, check all the steps again, in order to identify errors in job creation.

As can be noticed, so far, there was no mentioning of actual SQL Server Agent status active monitoring, only manual retrieving the information on the services's status and executing job on specified event.

Use this PowerShell script and embed it in custom command alert action, and it will check the status of the service on every change, whether is stopped or in pending change (as stated above):

Instead of SQLSERVERAGENT, other name of the service can be input.