Failover incorporated into high-availability configurations in SQL Server (from 2012 version and above). In this article, the Failover Cluster Instance (as part of the Windows Server Failover Clustering server group, abbrev. WSFC) will be covered, to show how to monitor SQL Server failover events when they occur.

A Failover Cluster Instance (FCI) is server-based instance which acts like regular a SQL Server instance, but it is installed on a multitude of WSFC nodes. These nodes present connection points in FCI, and they are usually physical machines with similar characteristics (e.g., hardware configuration, OS). Their hierarchy and working configuration is by default, set as group of active and passive nodes. Although the FCI resembles a single-machine running instance (if used remotely), it leverages the high availability and manages failover process between active and passive nodes, in moments when one of them become unavailable.

In a SQL Server FCI, the failover process itself is automatic by default, but this process can be manually initiated, if needed, e.g. when it comes to the maintenance of the whole server, or particular node (machine).

In this article, as previously stated, the focus will be on the SQL Server failover events occurrence and their monitoring. The direct monitoring of the failover events is not possible related to them can be done programmatically.

Determine which node is currently active in FCI with this script (Cluster nodes system view):

The failover event in FCI is actually tracked during the role change between the nodes (when one node become passive, and next node become active). At this point, the time when the failover occurred is unknown. This script reveals the active node, but it can also show in which state the other nodes are in, like in query results below:

In the NodeStatus column, values ‘0’ and ‘1’ represents online/offline status, and NodeStatusDescription column describes it (up or down). The column CurrentlyActiveNode provides information which node is active.

From this results, it is possible that a failover event occurred, because AOAP-NODE2 retrieved active role from AOAP-NODE1, which become passive.

To be notified on failover event, set the alert within SQL Server Agent on a desired FCI: 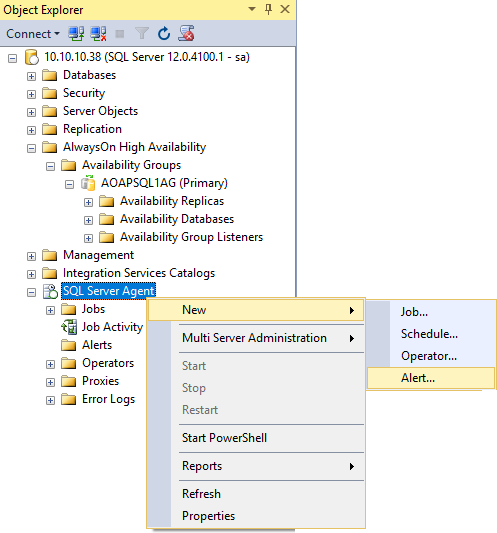 The error number 1480 (aka Database Replica Role Change), referenced above, represents information that the FCI database failed to change to its expected role during the failover process., or in other words, the failover didn’t succeed, because of unavailability of the particular database.

The next step is to define the operator and set the email address for alerting purposes, in the Response tab: 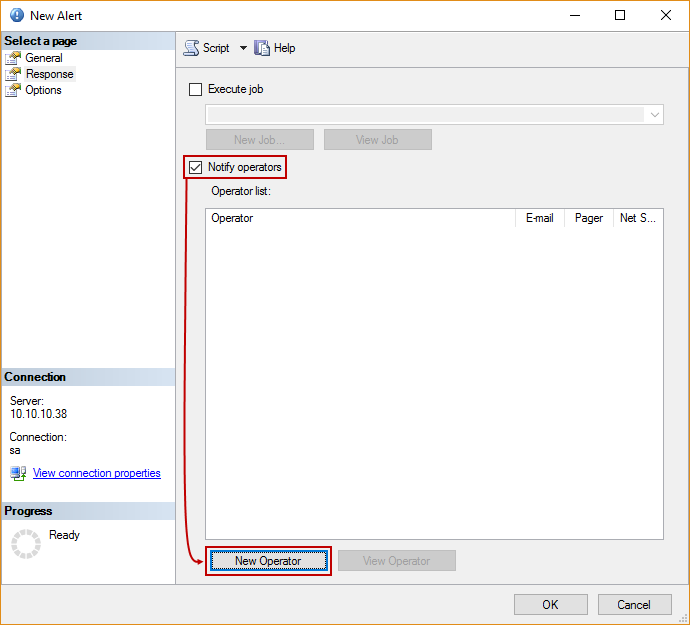 Set a valid email address to send notifications on failover events, and optionally schedule the working hours when this email should arrive: 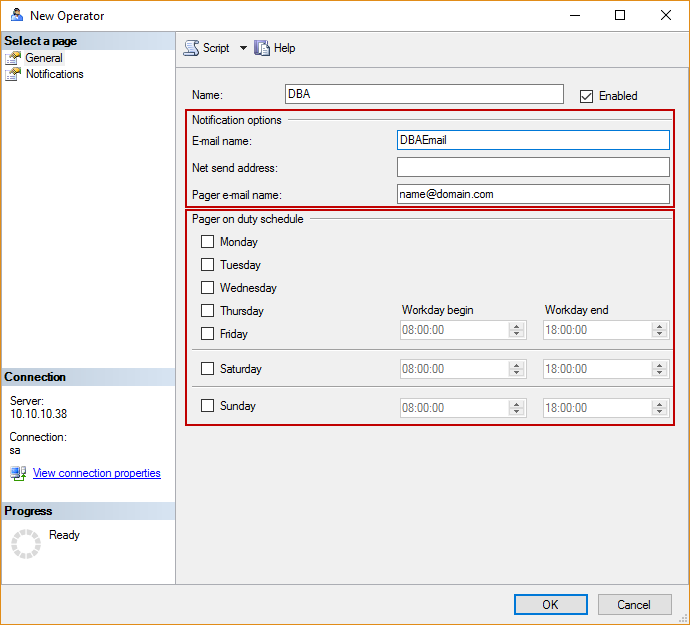 Be sure to check the Email option, to confirm the alert:

In the Options tab, check the option for including alert error text in email and delay time range: