The latency or so-called SQL Server round-trip time (RTT) is something that is often overlooked by DBAs and database developers, but excessive round-trip time can severely affect performance. However, to be able to understand why and how the round trip affects the SQL Server performance, as first, it is vital to understand the SQL protocol itself.

SQL protocol is designed to rely on intensive communication between the client and SQL Server. It as a very talkative protocol where the client can create a series of requests to the database, each request must wait for the response on the previous one before it can be sent.

Since applications tend to handle their data in a way that minimizes the data volume transferred in each interaction with the database, the result is usually that a significant number of requests/responses are needed for dealing with even modest data requests. In other words, an application that interacts with SQL Server is often forced to spend excessive time waiting for handling all requests/responses duos on the network. 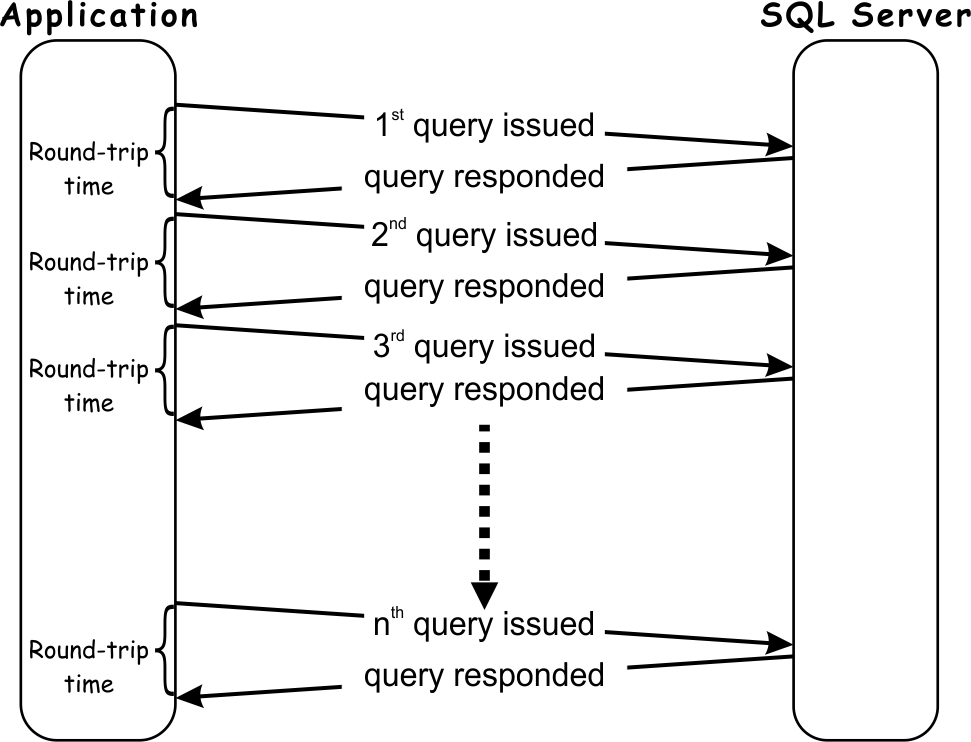 Looking at the diagram above it is clear that even in an ideal scenario, where SQL Server query processing time is zero, the application must wait for at least a sum of SQL Server round-trip times for each query execution. What’s more, in a situation where a single query has to return a substantial amount of data, more than one round-trip could be experienced for that query, which depends on the network TCP protocol. The number of round-trips in such cases can increase exponentially causing an additional increase in the total round-trip time.

The most obvious scenario where inefficiency relating to the SQL protocol is the most noticeable is update statements. Even when a single update SQL query is issued, the application must wait a minimum of one round-trip time for each row updated in the target table. 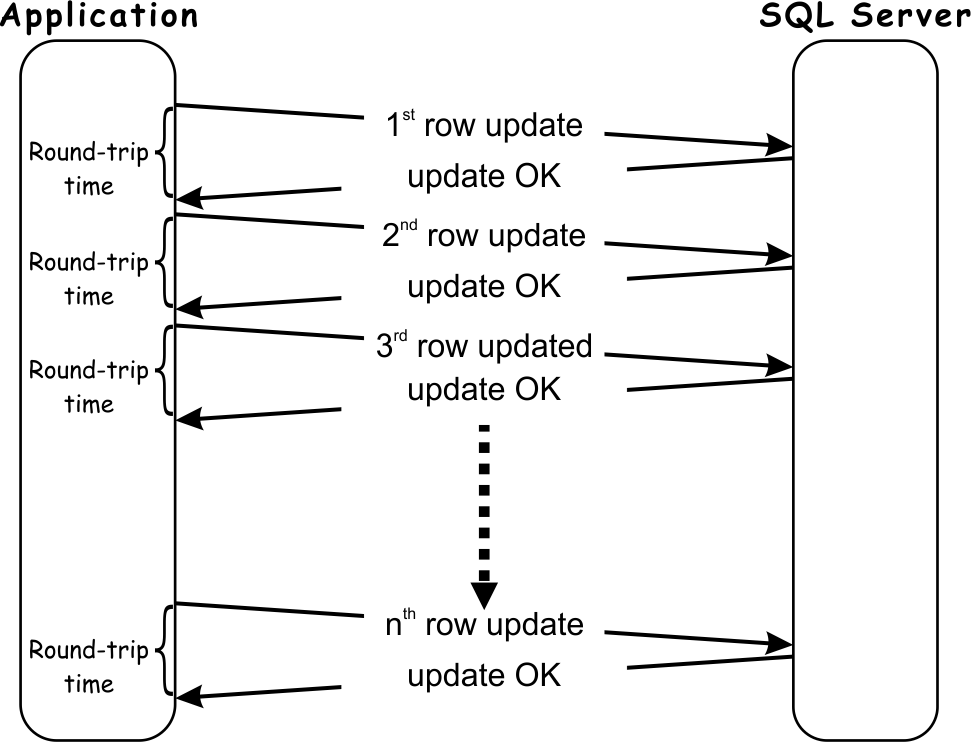 The more data that has to be updated; the longer time application must wait on the round-trips.

When developing the application, developers usually work in a controlled environment with high-end machines and with the whole development environment is on the same machine as SQL Server, and thus close-to-zero delay in communication with a database. So after the development completes, the application has to be deployed in the customer environment; and this is where the problem starts.

Depending on the type of the application, it can be deployed in the LAN (Local Area Network), WAN (Wide Area Network) or combined LAN-WAN environment

It can often be heard from developers that the application should use LAN or WAN connection with high throughput to get satisfactory performance. However, it is not unusual that the application users start to complain that instead of getting results immediately or in a few seconds they have to wait tens of seconds or even minutes to get results. The problem here is that SQL Server applications are not throughput based, but transaction-based, meaning that it does not move a significant amount of data in a single transaction, but rather small chunks of data in numerous transactions. So for a SQL Server application, the network round-trip (latency) time is often more critical for performance, than network throughput.

So now it is evident that monitoring the round-trip is an essential performance parameter, especially in today’s modern environments that are often deployed in a WAN environment, either by deploying SQL Servers in the cloud or by using the web or mobile-based applications.

Using the system ping utility is the easiest way to measure network round-trip between two machines. The ping measures round-trip time (latency) for transferring data to another machine plus the transferring data from that machine back to the first machine. Below is an example of measuring ping between the machines, where destination machine is deployed to a WAN and the connection between machines is established using a VPN. 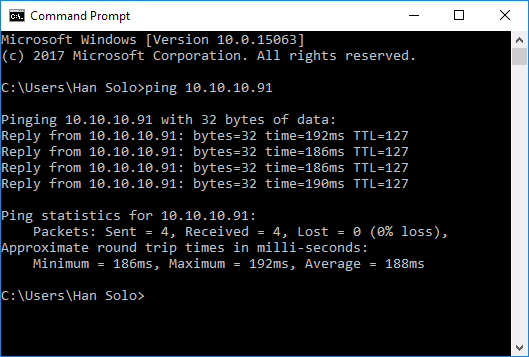 So in this particular case, an average round-trip is 188 ms, which is not a particularly good result.

However, ping results are typical network-related results, and for DBAs, it is more important to measure. For them, measuring round-trip time considers how long it takes to the database to respond to a single application request. In this case, using ping is not the best choice, but it still can be the first choice for initial troubleshooting.

SQL Server Profiler is a handy tool that can provide much information about the SQL Server, and that includes the ability to track round-trip times. The most important events for measuring the round-trip are SQL:BatchCompleted and RPC:Completed events. However, Profiler can be invasive and when used is sometimes the reason for the degradation of SQL Server performance on a highly active server. It is often a choice for quick troubleshooting, but not a long-term choice for monitoring the round-trip and collecting the historical data.

There are some other custom build options for measuring the round-trip time, but many if not most of those require a significant investment of knowledge, time and energy and are often out of reach for new or less experienced database administrators.