The challenge is to find a way to track changes of a custom SQL script like a database object script, so you can track any changes that might happen and to have a possibility to revert that changes back, with preserving the integrity of a database.

These scripts could be any of the following, and more

One way to sort this problem, is to create a new project on the repository, for each type of custom script (updated on a daily basis and updated from time to time).

We will assume that a database is already linked to source control system repository, using ApexSQL Source Control, a SQL Server Management Studio add-in that allows seamless source control integration with Team Foundation Server, Git, Subversion, Mercurial and Perforce. After the linking process is done, the initial commit can be performed, but it is not mandatory.

ApexSQL Source Control has solution for all above listed problems. 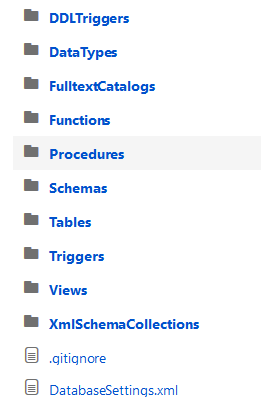 From this moment, all changes made against the database tables will be tracked. All custom SQL scripts that our application is using, related to this database, will be stored in a local folder, the Test queries folder. We will put them under source control as well.

Go to the ApexSQL main menu in SQL Server Management Studio and from the ApexSQL Source Control menu choose the Options command:

Under the Custom script tab, select Server and the linked database, to which you want to add custom scripts:

Click the Browse for folder button, in order to assign the custom script folder which, you want to put under source control: 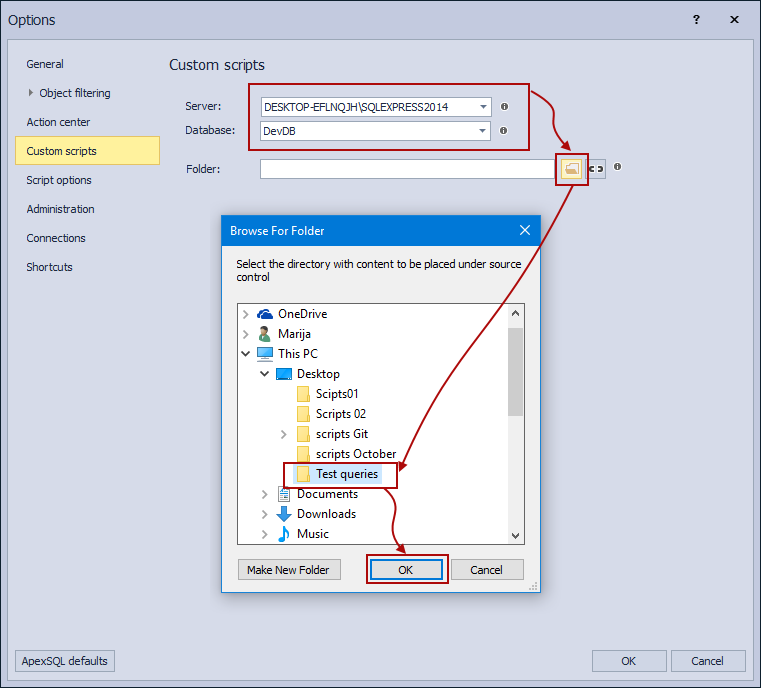 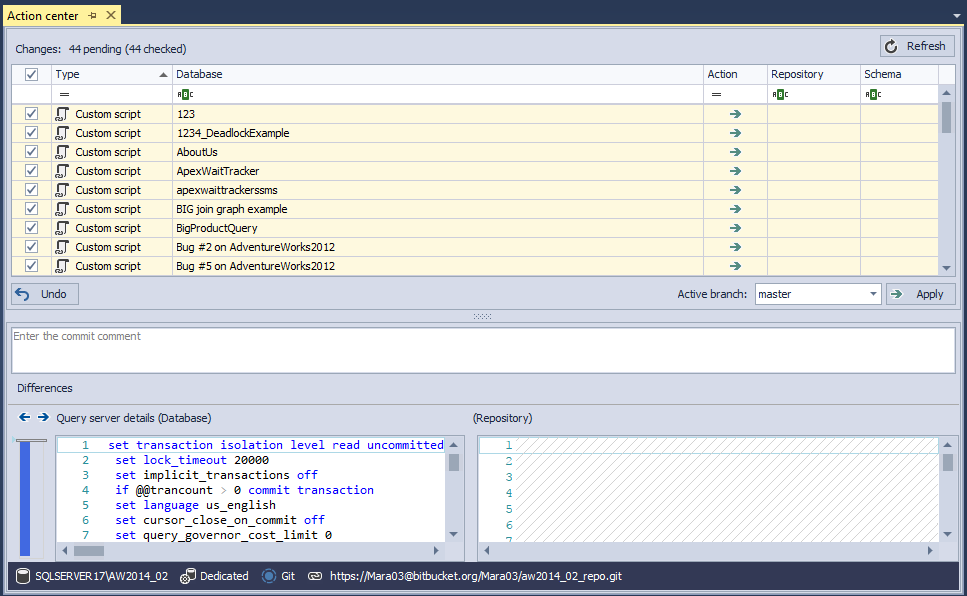 From now on, all custom scripts will be treated as SQL database objects. This means that, after custom scripts are initially committed to a repository, all changes will be tracked and shown as any other SQL change made against objects from the linked database. 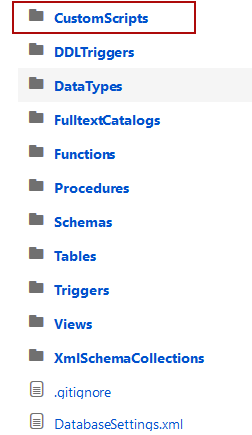 If the other team members want to see the changes made against the custom scripts, they must link to the same repository their copies of DevDB database. After the linking process is done, create the new, empty folder, add it in the same way shown above to the linked database, select all custom scripts listed in the Action center tab and click the Apply button. This action will store all custom scripts from the repository to local folder. 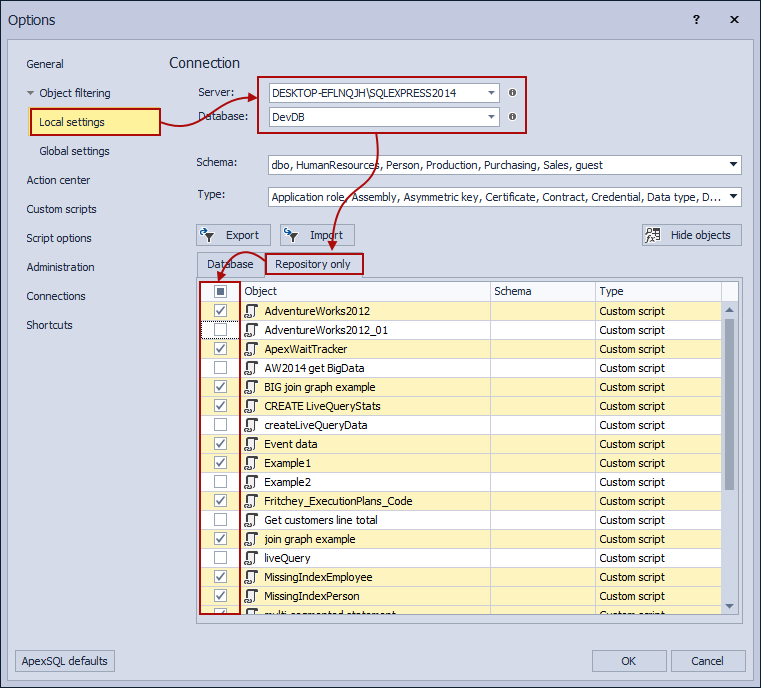 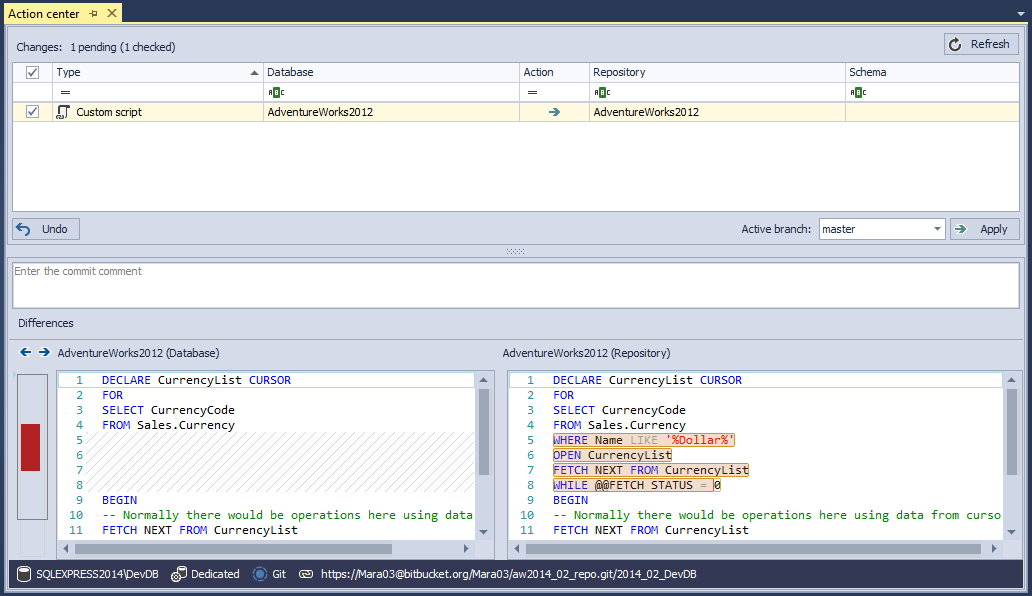 Since the add-in tracks changes made it against the repository as well, if by any chance the wrong version of the custom script is sent to the repository, through the Project history form you can find the last working script version and restore it.