An optimal continuous SQL Server auditing approach must include:

In many cases, the primary requirement that must be fulfilled is that auditing must be performed with zero auditing data lost.

And this is where 3rd party auditing solutions like ApexSQL Audit can help.

ApexSQL Audit is a SQL Server auditing and compliance tool that audits over 200 SQL Server events and stores collected data into a single tamper-evident central repository database. Captured information is available through a range of built-in reports with an additional custom report designer to meet specific user requirements. It enables enterprise-wide auditing and compliance from a single client, while reduces security risks with a real-time alerting.

The ApexSQL Audit system includes a central instance that installed on the same machine where the central repository database resides. The independent auditing instances are installed on each machine that hosts the audited SQL Server instance, as illustrated in the diagram below. 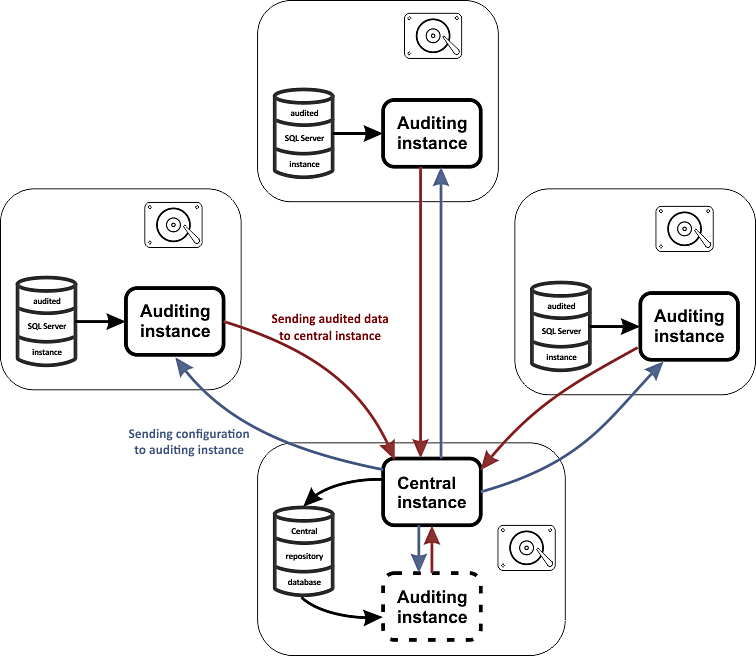 At the beginning of the auditing process, SQL Server events/changes to be audited must be selected. This can be accomplished via the auditing filters located within the ApexSQL Audit GUI according to end user auditing requirements. 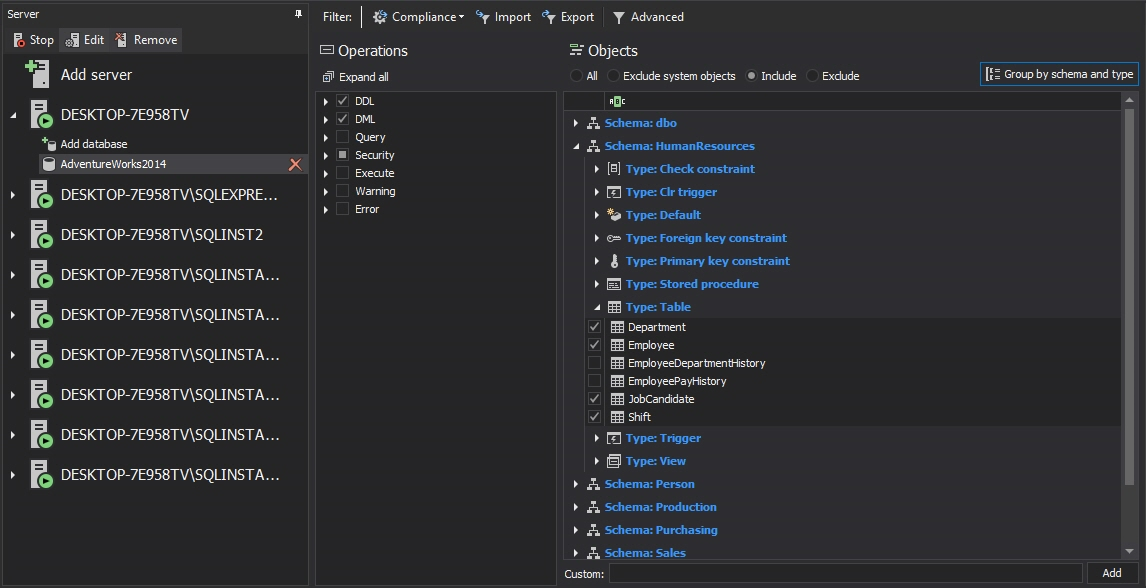 Each auditing instance is designed to work as an independent entity on the computer that hosts it, initiating the auditing of the SQL Server and collecting audited data.

Auditing continuity in the case of network communication failure 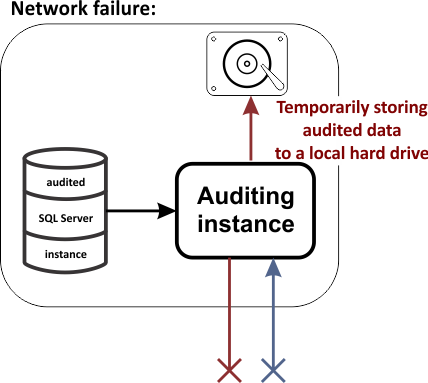 Regardless of how long the communication between the central and auditing instances is disrupted, as long as any disruption exists, the auditing instance will continue to store the audited data to a local file system. Therefore, it is necessarily to ensure sufficient free space on the audited server’s hard drive. 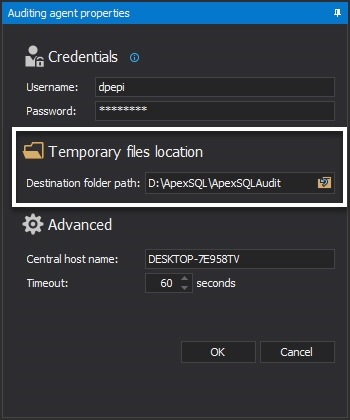 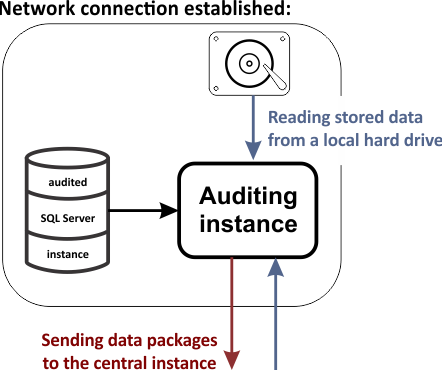 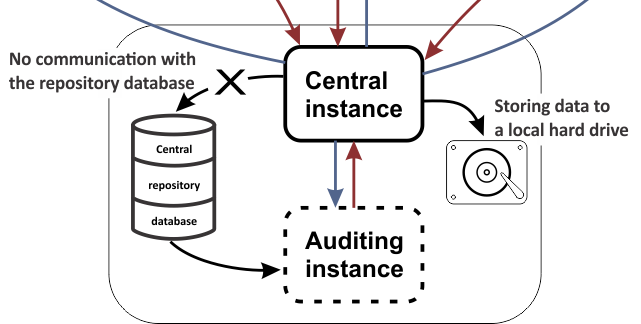 Note: The same principles valid for the auditing instance HDD storage configuration are applicable here as well. Adequate HDD storage space size must be ensured, for the central repository.

The combination of safeguards against remote and/or local instance database or network failure, implemented in ApexSQL Audit, ensures reliability of auditing data and auditing process continuity.