This article will provide an overview of ad-hoc query use in SQL Server, the potential resulting problems as well as how to detect and remediate them.

Despite the many warnings about ad-hoc queries vulnerability to SQL injection attacks and the potential performance degradation compared to use of stored procedures, ad-hoc queries are still used quite a bit. For developers, the ad-hoc query is more flexible and more familiar than compiling the stored procedures since it allows them to create the string using concatenation easily, and execute it against the database. For example:

Ad-hoc queries are dynamic aka “on the fly” queries that are treated entirely different queries by SQL Server for every execution. The side effect of ad-hoc queries is that SQL Server does nor reuse such statements and instead it adds those to the procedure cache. As a consequence, on a system with significant traffic intensity, this can cause that procedure cache became bloated causing flushing the data from the buffer cache and thus forcing the SQL Server to read more data straight from the physical disk instead of from memory. The result could be a severe performance problem that can slow down SQL Server severely due to a created I/O bottleneck

Now, an ad-hoc query is not something that have to be avoided in all cases, and occasional use can be legitimate, but one should avoid to use them in some iterative cursor or RBAR (Row By Agonizing Row) processes

The query uses dynamic SQL strings as for each variable in this query it hardcodes the generated value into that string. So, when the string (highlighted parts of the query) is executed using the EXEC command, the SQL Server must create a new query plan for every EXEC iteration because the string and values passed to the EXEC command are always different

So after executing the query (it creates 2 tables and then populates each with 5 rows of data), and as it can be seen it created 10 execution plans 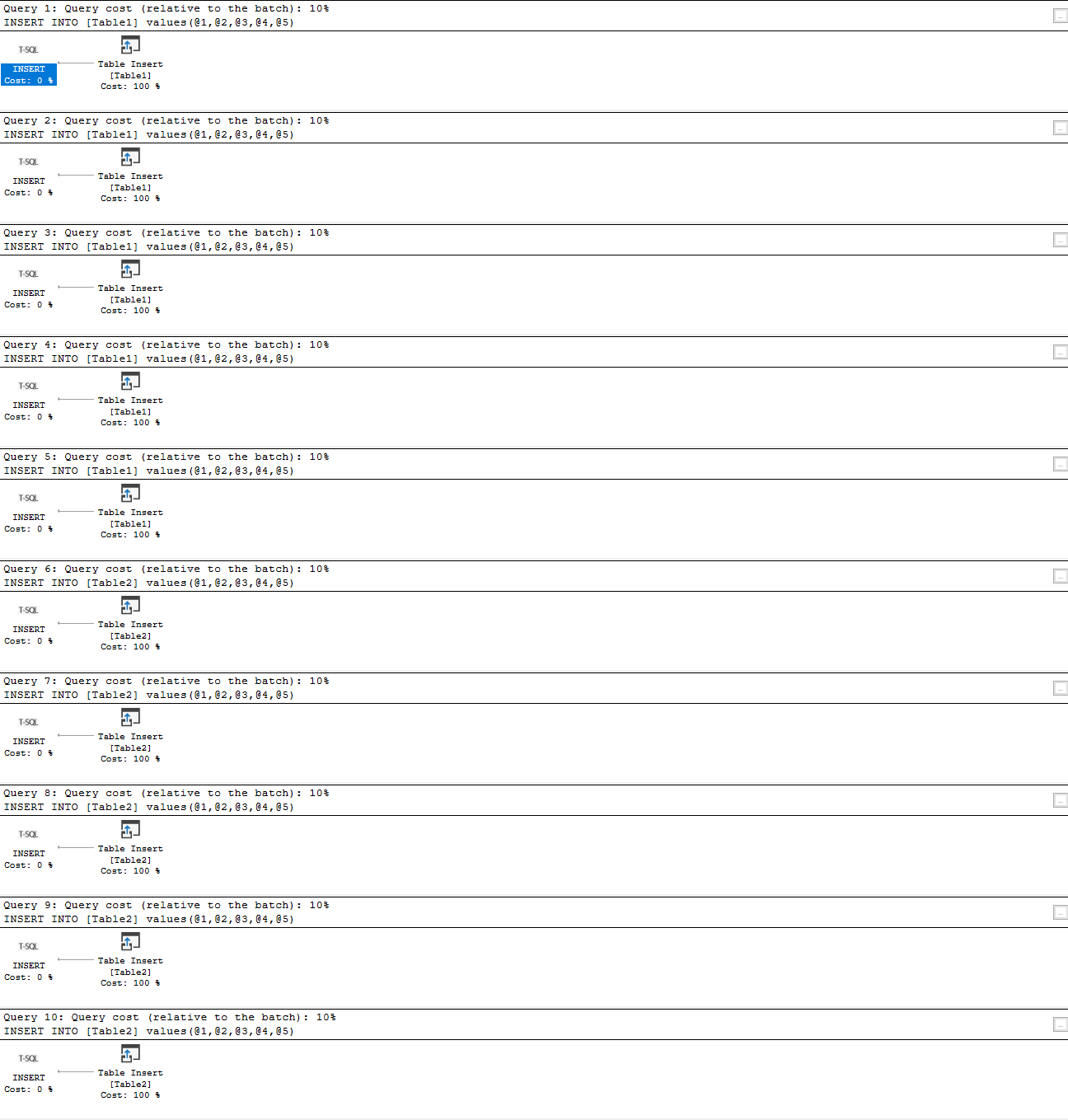 This query could be easily set to generate tens or hundreds of thousands of data rows (which will be demonstrated later in the article), and as a consequence ad-hoc queries could flood the execution plan cache with hundreds of thousands single-use copies of the very same query execution plan, where SQL Server has to involve additional work to compile and store each plan. That could severely affect the performance of SQL Server

Generating a significant number of cached execution plans plan that are used only once takes up much space, wastes SQL Server resources and often results in SQL Server contention. Use of Performance Monitor counters could be the way to investigate the source of such issues.

Performance Monitor is a “live” tool that does not store the performance metric data anywhere, and therefore it is not always easy to track and compare performance data. One way is to create Performance Monitor snapshots at specified intervals and then to compare the results. So unless during the testing or in known situations, it is not a practical and reliable way of performing the analysis of the ad-hoc query issues

Another way that can provide some insight into the potential issues related to the ad-hoc query use is to determine the percent of ad-hoc queries that are executed on the target SQL Server.

The following query can be used for that, and it returns the

The example of the query result:

A single execution of this query indicates that 82% of queries executed on SQL Server are an ad-hoc query, so depending on the expected value and application design, such result could indicate that there is a need for closer inspection of the application design.

However, for getting some more reliable information regarding the potential ad-hoc query impact on SQL Server, this query should be scheduled and results collected and stored so that they can be analyzed and compared over the time. But none of those allow relevant and measurable analysis of the actual impact that ad-hoc query use imposes on SQL Server performance