The goal of database source control is to propagate changes from a development environment, to test and production without issues and to fulfill the need to restore a database at any point in time, maintaining an audit trail, and to allow successful team collaboration during the project.

These systems include Team Foundation Server, Subversion, Perforce, etc. In a centralized version control system all the versioned files are contained in a single central server and all clients that access the VCS check out files from the central server. 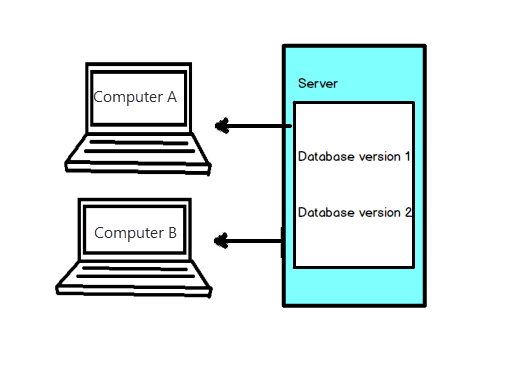 Centralized version control systems have been the de facto standard until fairly recently.

In a distributed version control system such as Git, Mercurial, Plastic SCM, Bazaar, etc. the clients clone the repository and every clone represents a full backup of the repository. If any server crashes any of the cloned repositories can be used to restore it. 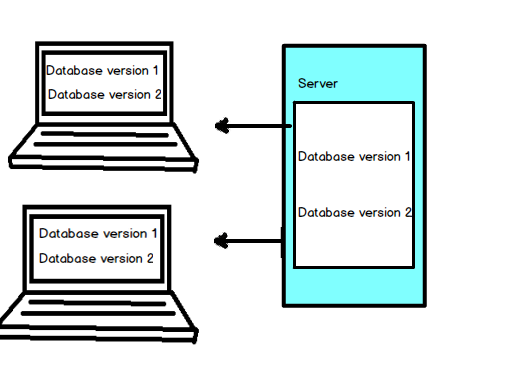 Using a local copy of the repository also means that repository operations are faster than in centralized source control systems because they don’t require network calls to a central server.

When choosing a source control system that’s right for your team, there are some questions to ask yourself:

We’ll focus on some of the more popular VCSs:

Subversion is an open source centralized VCS and one the most popular version control systems as it offers easy to understand concepts. SVN is a step up from previous concurrent version systems. Developed as a project of the Apache Software Foundation, SVN is a part of a rich community of developers and users.

Because of its wide use there are a number of clients (integration software) for Subversion for most IDEs, as well as a lot of extension software:

TortoiseSVN – an Apache™ SubversionSVN client, implemented as a free Windows shell extension, and easy for use. Repository commands can be executed from the context menu provided by Tortoise.

For a full list and comparison of SVN clients refer to the following article.

Git is the rising star of version control systems developed by Linux kernel creator Linus Torvalds. Git is a fast and efficient open -source distributed version control system, so many major open-source projects are using Git to power their repositories. Considered as technically the most powerful source control tool Git is harder to use for a beginner than, for example, SVN. For a more detailed comparison of Git vs SVN refer to the following article.

Mercurial is also an open-source distributed version control system. Designed for larger projects, Mercurial is very fast, as its creators consider performance as the Mercurial most important feature.

Mercurial is a simpler to use than Git with less functions to learn, and with the similar functions to other VCSs.

The repository is the core of every version control system. It stores information in the form of files and directories and all the change histories.

One way to create Git repository is by installing GitHub:

For more information on how to setup a repository for other source control systems, such as Subversion, Mercurial and other options for creating a Git repository refer to this article.

To be able to edit, add, or delete all files and metadata stored in a repository some version control systems require creating a workspace on a local system.

To set up a working folder each developer has to create a regular folder on his computer and perform checkout.

For example, to check out desired version from TFS:

A distributed version control systems such as Git, Mercurial, etc. utilize the local repository that is fully mirrored with the central repository.

After setting up a repository, and in case of a central version control system a working folder, we will explain, in the next article in this series, how to setup source control in a development environment using SQL Server Management Studio, Visual Studio and by using ApexSQL Source Control.