A prerequisite for using a MSSCCI provider with SQL Server Management Studio is that either Visual Studio or Team Explorer (the Team Foundation Server client) is installed because the MSSCCI provider relies on Microsoft TFS libraries.

To get started with source control in SSMS:

The Login ID field is filled automatically with the user name for log in to the source control provider.

The Perform background status updates option updates the source control icons in the Solution Explorer pane automatically. Note that using this option may affect performance when performing server-intensive operations, and also during the opening a project from source control.

The Advanced settings group, in the Plug-in settings dialog, depends on the source control provider: 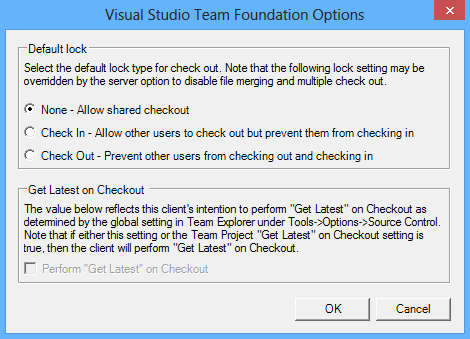 For hybrid teams there is also a possibility to work locally with a Git repository and then synchronize with a central Team Foundation Server repository by using the open source solution Git – TFS.