When working in a development environment, developers often use Visual Studio for coding, and it also has an option to connect to SQL Server and open a query window in which they can work on creating new objects or updating existing objects directly on their local Dev database, which further requires a way to compare SQL Server database schemas with the QA database.

Once the development part is done, developers will need a tool to compare SQL Server database schemas and push schema changes to the QA database for further testing before reaching production. So, they need a tool that can handle comparison of SQL Server database schemas, push (synchronize) schema changes to the QA database without errors and enable developers to review actions and any potential issues before the synchronization process.

Out of the box solution in Visual Studio 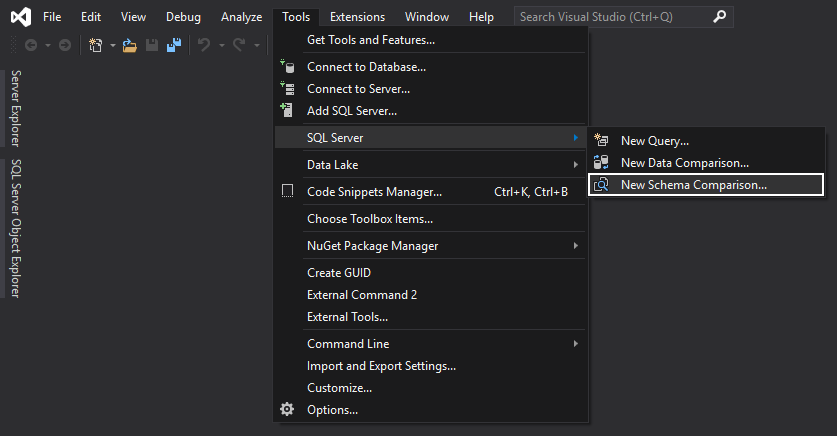 In the newly opened query window, the SqlSchemaCompare query window, source, and target SQL databases should be chosen from the drop-down list:

Once selected, the Compare button should be clicked, and the comparison process will be initiated. This will provide results and for each selected object in the Results grid, the source, and target SQL object script can be seen in the Object Definitions panel below: 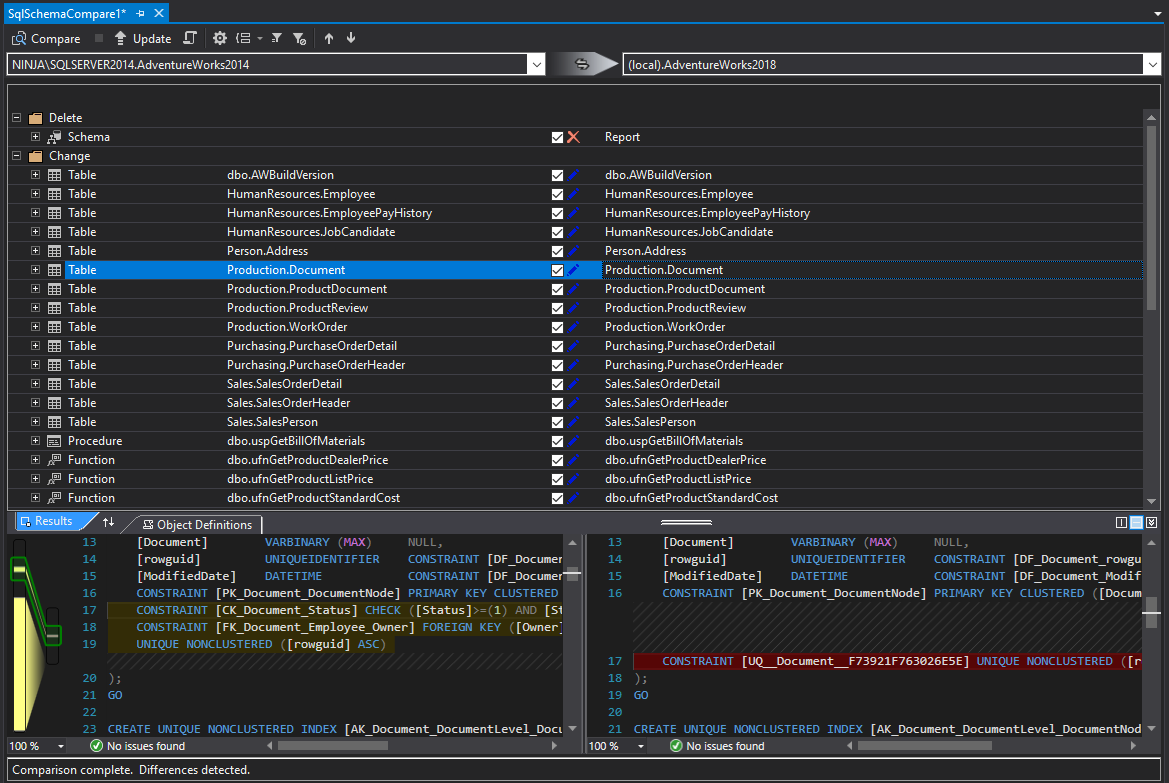 Once desired objects are selected to be updated in the target database, click the Update button and the process will start:

After the update process is finished, the execution messages are shown in the Messages panel. This is where all information can be viewed to check if a target SQL database was successfully updated or if it failed and why:

To learn more, check out this article on how to compare SQL Server database schemas in Visual Studio.

As explained, the Schema Compare feature of Visual Studio has an easy way to compare SQL Server database schemas, and it has almost everything when it comes to scenarios like this one. However, it’s noticeable lack of a couple of things:

The other tool that will be described in this article is ApexSQL Diff – a standalone tool, with an option to integrate into SQL Server Management Studio (SSMS) and Visual Studio. This tool can compare SQL Server database schemas, backups, script folders, snapshots, and source control projects. While it can compare the previously mentioned data sources, it can create a synchronization SQL script direct synchronization on a destination data source, C# solution, and executable installer.

To perform SQL Server database schema comparison from Visual Studio with ApexSQL Diff, during the installation of the application under the integration step, check the Visual Studio version that will be used: 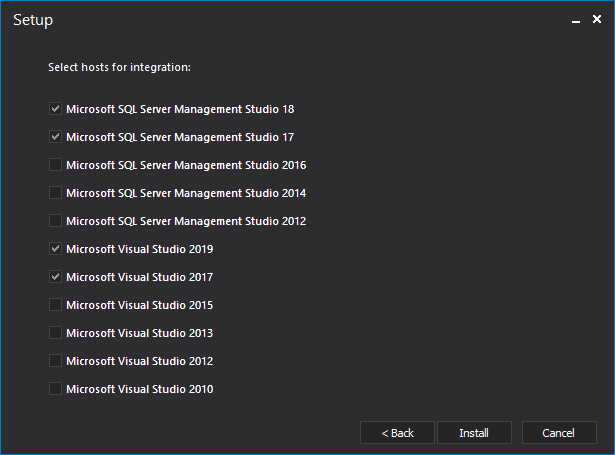 Once the application is installed, along with the host integration part, it can be accessed from Visual Studio main menu by going to Extensions > ApexSQL > ApexSQL Diff:

In this article, we have seen how to compare SQL Server database schemas using the native Visual Studio’s feature called Schema Comparison. This, as most out-of-the-box solutions, does the job, but it’s limited from the functionality point of view. Therefore, we looked at another third-party software solution that gives developers full control of pushing schema changes to production and much more. Additional features are linked in the tool’s description above, so feel free to check those out and learn more about the capabilities of this tool.