If you’ve never automated builds in SQL Server before and but are still CI-curious, then this quick high-level overview, should introduce to you the basics and maybe even lead to you wading into the water a little deeper

First, continuous integration means that you will rapidly iterate changes, so that each time a change is formally made, usually by a source control commit, then the target system, a database in our case is automatically destroyed and recreated with the change. Furthermore, the entire test environment is recreated with a combination of static and test data, any automated tests and/or reviews are conducted, and the build is fully documented.

Getting our database into source control, and updating our repository with each new change 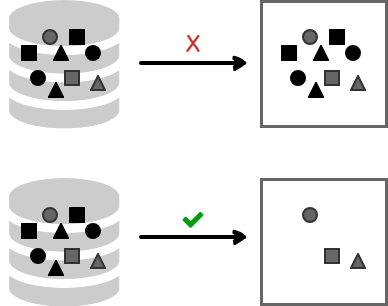 To begin with we need to get our database into source control. That is easy. Using a variety of means, you can script out your objects and put them into your source control repository.

This is the easy part, you can do this easily using PowerShell and SMO. You can set up a job to do this automatically.

You can also use ApexSQL Script, a tool for scripting database objects and data to automatically script your objects and static data directly into source control. See more below:

The problem is that, by doing this you will include every version of every object, whether it has changed or not, so that 99% of your version change history might not show any changes at all. This means that even though you have gotten your objects into version control, you haven’t done it a way that will allow you to really leverage version control to see version history, compare changes, report etc.

For this reason, using a change management tool to compare the objects in the repository with the latest version of the objects in development, and only commit a new version if it has changed, will keep your repository streamlined and clean, with only changed versions of objects. You’ll see the benefit, when you review change history and can be assured that each version actually has a change from the previous. Something like this can be scripted, turned into a job etc and run on a schedule, like every night. This makes sure that all changes from that day are versioned in source control that night. Even though this is better, it still isn’t as good as integrating changes as soon as they are committed to the repository (see next)

ApexSQL Diff is a SQL database change management tool that can automatically synchronize schema changes from your development database, directly into source control. See below to learn more

ApexSQL Data Diff is a SQL database data change management tool that can automatically synchronize static data between a development database and a source control repository. See below to learn more

To achieve true continuous integration, we want to integrate the changes from the latest commit into our test environment as soon as they happen. To do that, we need to front source control integration onto the desktops and IDEs of each SQL developer. That way they can check out, update and check in objects back into the repository. And as soon as they commit a new change, trigger a new pipeline that will integrate the change

I hope you have enjoyed this brief walk-through of conceptually building a SQL Server continuous integration pipeline. Along with this, we’ve demonstrated, at every step, tools that can be deployed to implement and automate each step

But it gets easier. With the ApexSQL CICD toolkit, you can get an out of the box solution to build CI pipelines quickly and easily. The toolkit includes